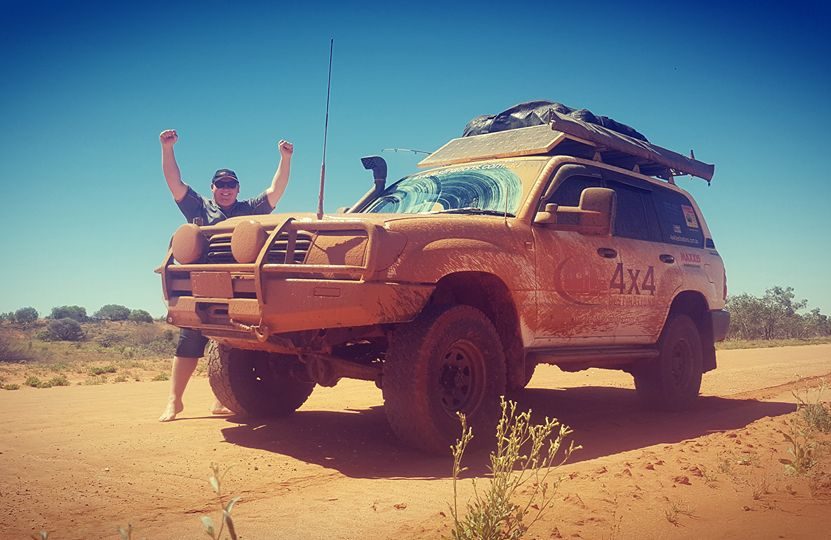 When we got back to the mainland, we had an extra passenger, 1000’s of kilometers to travel and only a few weeks to do it. We picked mum up at the Melbourne airport, where she had flown from Newcastle. Then headed straight for NSW where we stayed a few nights in random places like Deniliquin, home of Australia’s biggest ute muster, Hay then onto Mildura. We stayed in Mildura for a few nights and met another wonderful family who was also travelling around, however they had a huge 40ft coach converted into a motorhome. We had a great night with them and have made lifelong friends, which is always special.

From Mildura we headed North to see Broken Hill, which I had not been to since I played representative football when I was in primary school, safe to say I don’t remember much of that trip. Whilst in Broken Hill, we had a good look around and made sure we went out to Silverton, which is where Mad Max was filmed. We went into the Mad Max Museum, which was interesting to see some of the relics from the movie and photographs which were taken. It is definitely a place not to be missed. On your way out, make sure that you stop at the Silverton Hotel for a cold beverage and have a look around the bar at some of the interesting items on display.

I had to go to Tibooburra for a job, so Vicky and I decided that we would go alone to go to Cameron Corner for the obligatory photo of us standing in 3 states at one time. However, there seemed to be a bit of a problem, on google maps it showed that Cameron Corner was another 5 hours and 45mins from Tibooburra. We had just travelled 4 hours from Broken Hill, I couldn’t do another almost 6 hours in the car on dirt roads.

This is where local knowledge plays a big part! When I asked one of the locals about this problem, he simply told me, ‘Throw that GPS in the bin, Cameron Corner is only 2-3 hours tops!) So we took the advice and made a mad dash for Cameron Corner. In some circumstances you can’t make it out there due to it mainly being dirt roads, and when it rains, it turns into slush. Well it didn’t rain, however there was plenty of water left on the road from the last rain, which made for one hell of a muddy, exhilarating and scenic trips!

When we made it out to Cameron Corner, we were so proud to have made it. As not many people would drive all this way just to get a photo of a surveyor’s mark, stand in three states at one time and have a beer in a roadhouse which is the only one for 100’s of klms. It was definitely an achievement.

We stayed the night in the campground beside the roadhouse, and were so fortunate to have witnessed a super moon. It was spectacular to see the sun going down and the super moon coming up without mountains etc getting in the way. This place is a flat as a tack.

The next morning it was pack up time and then head back to Broken Hill to pick up the family and head East to Drop mum off in Dubbo.

About the Author: Craig Diessel

Husband, father and keen adventurist. Love the outdoors, camping fishing and everything that life has to offer!
More posts from Craig Diessel